A Shetland Viking comb in Copenhagen 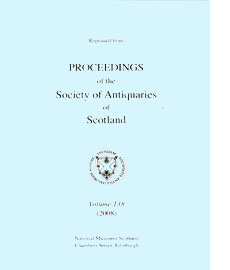 Steffen Stummann Hansen:
A Shetland Viking comb in Copenhagen.
Proceedings of the Society of Antiquaries of Scotland, Volume 138 (2008), 177-183.

With the founding of The Society of Northern Antiquaries in 1825, Copenhagen became a centre for worldwide archaeology. A network of agents helped establish an extensive collection of artefacts. The Danish governor in the Faroe Island, Christian Pløyen, acted as such when he visited Shetland in 1839. One of the interesting objects he secured for Copenhagen was a fragment of a Viking comb, which until now has been stored unnoticed in the National Museum of Denmark.