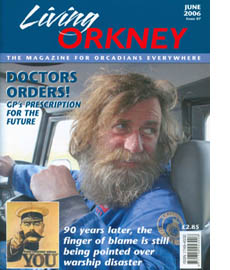 In 1931 the Danish architect and archaeologist Aage Roussell visited Orkney as part of a tour to the Western and Northern Isles of Scotland. Through excavations in Greenland, Roussell had become very interested in the structure of Norse houses, farmsteads and churches. Three years after his return he published the book Norse Building Customs in the Scottish Isles.

The article describes the contacts between Roussell and some of Orkney most illustrious antiquarians of the time – and how they eventually paved the road for his return to Orkney on the eve of World War Two.