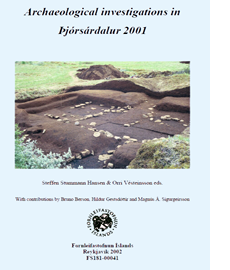 Introduction:
“One of the aims of the project Vestnordisk byggeskik i vikingtid og middelalder is to revaluate the archaeology of Þjórsárdalur in South Iceland. This deserted valley on the edge of the highland plateau of central Iceland has held a central place in Icelandic archaeology for nearly one and a half century and the results of archaeological investigations carried out there have had reverberations far outside the shores of Iceland. The earliest systemmatic description of the archaeology of an Icelandic region is Brynjúlfur Jónsson’s survey of Þjórsárdalur published in 1883. This comprehensive survey created interest in the valley, leading to excavations of some of its sites by Þorsteinn Erlingsson and Daniel Bruun in the 1890s. These established the notion of Þjórsárdalur as “Iceland’s Pompeii” – a valley of rich high-medieval settlement which had been hastily abandoned in some natural catastrophe. It was therefore the obvious region to choose when a team of Nordic archaeologists came to Iceland in 1939 to investigate Viking age and medieval house structures as the key to understanding the development of Nordic building custom. The resulting volume, Forntida gårdar i Island, published in 1943, has had an enormous impact on later generations of archaeologists and it is fair to say that it has fundamentally shaped current views of the subject…“